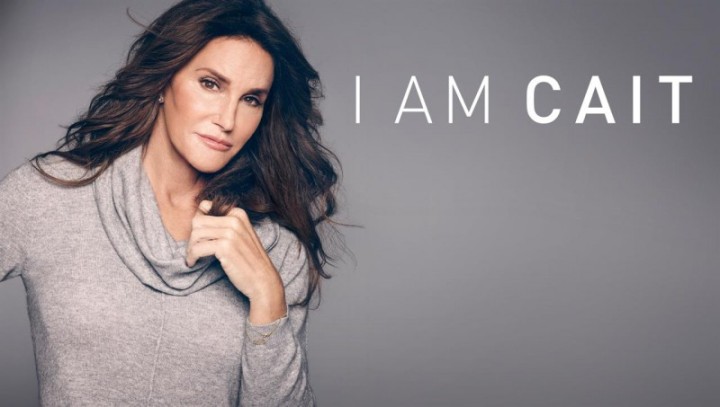 Cait Jenner is still a baby, as she has only been transgender for less than a year in the second season of her show I Am Cait on the E! channel. So far (that I know of) she has won 2 awards because of the transition from male to female. I think that’s the reason people in the trans community hate her so much. These people have been transgender for half or most of their lives, and here comes Cait Jenner, a transgender woman for less than a year winning awards which comes with a big paycheck. For what? Being courageous? You know how much guts it takes a regular person to come out as transgender, and these people actually lose their friends, family, home and job and Cait Jenner doesn’t lose anything, she keeps gaining while other people are losing.

In the most recently episode of I Am Cait, we see Cait winning an award, then leaving only to see a small group of protesters saying  you don’t represent the trans community. She wanted to face the protesters to hopefully try to calm them down, only to get them more riled up. I can understand wanting to try to calm someone, because no one likes to have someone heckling you, but there are some people who have their mind made up, and there is nothing you can do to change them. She touched the protester on the shoulder and a man lost his shit as he hurried to yell not to touch her. Whoa, dude, she wasn’t going to shank your friend, take a Xanax.

Look, this is how I see it. Cait is a baby and just like all babies, she must first learn to crawl before she can walk. She has a lot of growing up to do, and that’s why she has a group of trans women who have been where she is now who are working as her teachers. Do I think it’s fair that she has already won awards and obviously hundreds of thousands of dollars? Absolutely not because she has a bank account that 1000 people could use to retire and never have to worry about anything for the rest of their lives, and she is accepting even more money from awards and a new tv show. I personally would have donated that money to a charity, but that’s me.

What I have seen so far is Cait going to people’s homes and schools and she is helping people by showing them that this is normal for a human being to be in the wrong body, and to keep an open mind.

We are all human beings at the end of the day. I don’t care if you have a penis or a vagina, black or white, rich or poor, fat or skinny, we are all the same on the inside, and when you die, you will still rot at the same speed as everyone else. This life is precious, and it’s short, so don’t waste what little time you have being so angry because someone is winning awards and making money after only being transgender for less than a year. Don’t waste your precious little time worrying about someone’s sexual orientation, or their race or if they are homeless and you’re not.

Cait Jenner is a good person and she deserves the same respect that you expect people to give to you. So if you don’t like her show, don’t watch it. You don’t owe her anything, just like she doesn’t owe you anything.

Ellen DeGeneres tells her audience at the end of every show to be kind to one another, and I’m telling you to be kind to yourself by living your life and stop worrying about what other people are doing with their’s. Cait Jenner will grow and become the role model you expect her to be, so just be patient.