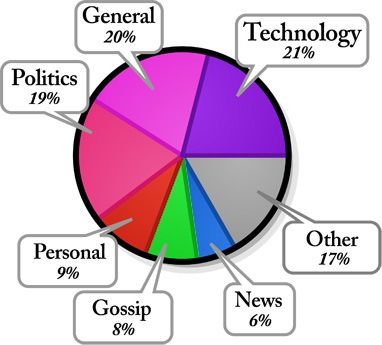 I wrote my memoir and published it in February 2012.  My memoir (if you haven’t read it) is about child abuse, anti-gay bullying, acceptance, heartbreak, relationships and health matters.  When I published my memoir, I created a website with a blog, a book fan page for Facebook, Twitter, Google+ and Showcase Freedom with the main purpose of selling books, but also to share stories that are in the news about child abuse, anti-gay bullying, acceptance, heartbreak and relationships in the gay community.  I have never veered off course, although I haven’t been trying to sell books as much as I should, but my main focus is what is happening in the world today.

Speaking of which… Buy my book at Amazon on paperback or for your Kindle, Barnes & Noble for your Nook only and Rainbow eBooks.  30% of all profits go to charity.

Some of the things that I post or have posted on Facebook in the past have been hurtful towards some people because they were anti-religion.  I am not trying to be anti-religion, but I do post things that religious anti-gay people say or do because it is part of what I dealt with when I came out of the closet and what people are being put through today.  Those anti-gay religious people are who made me the atheist I am today.  I don’t have anything against religion itself, but I will post images, quotes and stories of religious people being anti-gay.  I don’t think I am being disrespectful, they are the ones who are being disrespectful.  You can’t expect me to not say anything and let them walk all over gay people can you?  I refuse to apologize for that.

I saw an image of Snooki with a quote of her saying this:

“There is no way I’m changing any diapers when my baby is born. That is disgusting,” she said.”That’s what maids are for and babysitters. I don’t have time for that. I’ll have them do that stuff. I’ll be there for the good parts, like dressing my son up, making sure he got style. You don’t have to cook or clean or change diapers to be a good mother.”

Some people were outraged that she would say such a thing, one person in particular got mad at me because I was attacking someone he admired by posting that on my page.  He said that my page was specifically for “the gay community.”  Don’t tell me what my page is for!  That’s my page, not yours.  He didn’t like that I posted it, so he not only stopped being a fan of my page/book, but he also unfriended me.  Look, my page isn’t just about gay rights, it is also about child abuse and this falls under that category.  Although I have seen her show Snooki and Jwoww so I am no longer worried about her being a terrible mother because she has proven that she will be a good mother and raise her child in a loving environment.  Not that she has to prove herself to me or anyone else, but my opinion of her has changed since seeing her with her baby.

Look, I am going to post things that people may not like, but think of it this way, I only post 5% of what I see in my feed.  There are so many things that I could be posting, but I don’t because I don’t want to overload people with everything that I have to see on a daily basis.  So what you see is the best of the best, even though it seems pretty bad.

Sometimes there is a story with an image of a beat up child that says in the story that the father or uncle or brother needs to be caught, then that story goes to the front of the line.  I’m sure not everyone is going to see that story or know who the child is, but even if 1 person out of 1159 sees it and knows that person or saw that person, then he gets caught and arrested because I posted that story, then I have done my duty and I won’t apologize for that.

I post what I feel is appropriate.  Most may think it’s awesome while one might think it’s the worst idea ever.  See quote above.

I am sorry if someone doesn’t like something that I post, but I won’t apologize for posting it.  I may have had a reason for posting something.  If I agree that what I posted was offensive, then I usually remove it, but if it’s not offensive then it stays.

That guy who unfreinded me over the Snooki post said that I was supposed to be anti-bully, but I was being a bully.  Every time he commented on any of my posts, it was almost always a nasty or rude comment.  He could never say anything nice to me, but he was calling me a bully.  While I was still his “friend” on Facebook, every time I saw him comment on anyone else’s post, it was always a nasty or rude comment.  So I ask, who was the bully?

My main focus since I began has never changed.  If the day ever comes when people are no longer beating up children or are no longer bashing gay people then I won’t have anything bad to post and I can start posting images of panda bears, baby penguins, babies and kittens.  I would love it if that fantasy ever came true.  Until then…