Join 2,671 other subscribers
Follow Diary of a Gay Nerd on WordPress.com

Well it has certainly been an interesting month for me and my computer. First my Kodak printer stopped working, then my computer.

So this is how it all started. My Kodak printer wouldn’t print anything. I found out the hard way that the only way to print was to start a print job, then reboot the computer. When Windows began to load, I would type in my Microsoft password and then my printer would immediately begin to print. You shouldn’t have to go through that just to print something. I don’t know if it was a software or hardware issue, but eventually it just wouldn’t print at all. I don’t get a lot of orders through my Etsy shop, and naturally someone bought a knitted hat, and there was nothing I could do, so I had to bring it to the post office to mail. It ended up costing more to ship at the post office than it normally would by printing a shipping label from the Etsy website. I also had to buy a bigger envelope, which I didn’t take into consideration when I created the listing. Lessons!

I bitched and complained about the lack of a printer, and my partner decided he was sick of hearing about it and he actually thought I was hinting around that this was what I wanted for Christmas, so he bought me a new printer a few days before Christmas at Office Depot. It’s a HP OfficeJet 6869. My partner also wanted to buy me ink so I wouldn’t have to buy more ink just in case I printed a lot of stuff and they didn’t put a bunch of ink in the box, and I believe the new ink was $76 give or take. When we got it home I discovered I could get their ink service for only $5 a month and I can print 100 pages every month and they automatically mail me more ink when my printer tells them I’m running low. I guess after 10 pages my printer told them I needed more ink, so I have a box of ink sitting next to the new printer so I have it on hand when I need it. Awesome. Oh, we returned the ink that my partner bought. No need to keep it if I get ink directly from HP.

I was sitting on my bed playing Destiny 2 one night about a week ago when I noticed my computer had rebooted on its own. I looked over and saw the Windows logo on the screen, and I thought OK, no big deal, just a Windows update. I ignored it and continued playing my video game. After an hour I looked at my monitor again and it was still the same Windows logo screen, no change. I thought it was a little odd, so I hit the reset button, which didn’t do anything, the Windows logo appeared again, and nothing else happened for a couple of hours. I pressed and held the power button until it switched off, then I pushed the power button again to turn it back on. It loaded a screen telling me it was repairing Windows, so I let it do that, well, I didn’t have a choice in the matter. Once it loaded Windows, and I entered my password, I thought it was finished, so I went back to my game only to look at my computer monitor to see the Windows logo on my screen… AGAIN! I thought OK, it has to update, perhaps it really needs to update and because my computer is slow, maybe it will take a long time.

I let it sit there for 24 hours and thought if it doesn’t work then I guess I need a new hard drive. We went to Office Depot and I brought the manual for my motherboard and I printed all the specs out for my computer and I handed those to a sales person and asked him if a new hard drive would be compatible with these specs. He went to the back of the store and came back about 5 minutes later telling me any hard drive will work. He brought me over to the hard drives and I saw they had a Sata 1TB hard drive, so I said OK, I’ll take that one. Then I noticed they had 2TB for $14 more and thought well I might as well get that one. So I asked for the 2TB one and he brought it out. I bought it, we came home and I went to install it, only to discover it didn’t come with a Sata cable, and I didn’t have one, so we went back, and apparently they don’t sell those, so I had to go to The Computer Depot. I bought it for $7. Came home, plugged it in and my screen wouldn’t even turn on… UGH!

We went BACK to Office Depot with the hard drive and I decided screw trying to start over with a new hard drive and trying to continue using 8 year old computer parts, I’ll just buy a new computer, and so I did. I bought a Dell Inspiron 3668 for $479. They credited the hard drive and my partner put $100 towards it, plus he bought me a new wireless Logitech MK520 keyboard and mouse set, which I am typing with now, it’s extremely difficult to type on because my fingers keep falling off the keys and my wrists keep falling off the place where your wrists rest when typing. Although, only my left wrist is resting, my right wrist has learned to hover.

So after I got my new computer, I realized I didn’t have the VGA cable for my monitor. UGH! What else could go wrong? We had already made 3 trips to Office Depot, and I figured it’s late, it has a HDMI, so I can just plug it into my TV for now, we can get the VGA cable tomorrow, which we did. 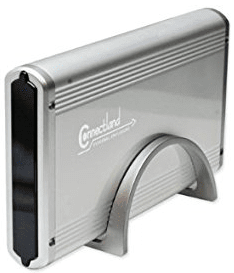 When I bought the new Dell Inspiron Desktop from Office Depot I asked them if they had hard drive enclosures so I could get my files from my old hard drive, and of course they didn’t sell those, naturally. We went back to The Computer Depot the next day for the VGA cable, and I asked them about the hard drive enclosure and they had them for Sata only, mine was IDE, so I decided to buy a new one on Amazon for $27 with free shipping. I got it early, thank goodness. It worked, I got all my files back and we all lived happily ever after…  I hope…