Join 2,671 other subscribers
Follow Diary of a Gay Nerd on WordPress.com

I am a very sad nerd right now.  I was sent an email last week as well as a certified letter via snail mail notifying me that Rainbow eBooks web store was closing effective September 30, 2013.  I’m sad because Rainbow eBooks was the first website that I found that had nothing but eBooks written by and/or for the LGBT community.

When I published my book Diary of a Gay Nerd, I had every intention of publishing it with Rainbow eBooks as well as Amazon and Barnes & Noble.  I tried advertising it more for Rainbow eBooks because I wanted to help the smaller guys as opposed to the big corporations, but alas I only sold 10 eBooks from February 2012 when I published it to now.  The CEO Tammy May even had some post cards printed with my book cover on it that she took to all of the book fairs to help me sell eBooks, but that really didn’t help.

I think the problem is (this is only an assumption because I don’t know the real reason) that people with Kindles prefer to buy their eBooks directly through their Kindle, and people with Nooks prefer to buy their eBooks directly through their Nook.  People who don’t have eBook readers don’t have that option unless they use the Kindle or Nook app on their phone or tablet, otherwise if all they have is their computer or laptop, their best option is to download the file directly and use eBook reading software, and even then they can still download Kindle for PC and Nook for PC.  The little guys usually finish last unfortunately.

Since they are closing and I want to help them recover some of the costs from my post cards, I have lowered the price of my book down to $2.49.  Get it while you can because as I said, the store is closing on September 30th, 2013.  After that you will still have until December 31st, 2013 to download the file. 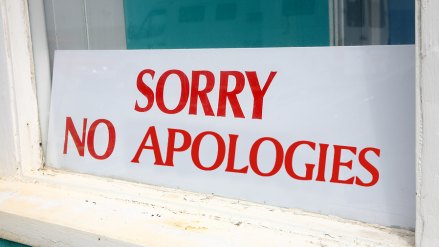 When I began writing my book, it was not with the intentions of hurting anyone’s feelings. I dug deep down into my memories so I could write what happened to me in my life. It brought up so many bad feelings that I had at the time so when I wrote it, my feelings were hurt all over again. Even though I had forgiven people for what they said or did to me, I felt like I had to type the memories out as if I were still living the experience, as if my feelings were still hurt to convey how it made me feel because I didn’t want to sugar coat anything.

It took me years to write my book because I struggled with the consequences of writing it, like someone yelling at me and telling me that they never wanted to talk to me again or whatever, and today that happened. One particular family member emailed me saying I lied and didn’t mention things that I did mention and unfriended me on Facebook. Although my feelings were hurt that I was accused of lying, as always, but at the same time, this person has not been in my life for a very long time. She has chosen to distance herself from me because I don’t speak with other family members who she is closer to. I don’t know if that is the real reason for her distance, but as it is we haven’t spoken in a long time so what difference does it make if she no longer speaks to me now?

Look, I didn’t lie and I didn’t twist the truth in my book. It took me a long time to write it and I had to really pull out all of the memories with 100% accuracy which meant digging deep and rewriting as I could remember what really happened. My memories were twisted because I wasn’t sure of the chronology of the events, but getting down to it made me remember everything. It does hurt to be told that I did things that I never did and that I didn’t do things that I did, but that is what those certain people have been doing to me my whole life.

The person who has cut herself out of my life today has not read my book and that is obvious because she told me that I left things out that I clearly put in there. When she has read all 400 pages of my paper book, or 293 pages of my e-book then we’ll talk, but as far as I am concerned, she doesn’t know what she is talking about.

When I wrote my book I had to really think if this is what I wanted to do. I had to tell myself that once it was published I couldn’t take it back. I had to write something that I would never apologize for writing because I know it was true. The relationship will probably never be repaired, but it has been broken for too many years anyway so it was only a matter of time before it all fell to pieces. It’s too bad that it had to happen and I am not going to blame myself because I didn’t do anything wrong. I was the one who was mentally and physically abused, I was the one who was homeless and I was the one who was molested and raped. I wanted to tell my story so people would see that I was able to fix my life and I made it better.

I am not sorry and nobody can make me feel guilty about writing the truth.