Today is national coming out day and although I have already come out, I wanted to share my coming out story.

I knew I was gay when I was very young. When I learned to walk, I somehow decided that I wanted to walk on my tippy toes. I was capable of walking on my heels, I just didn’t want to and so as a result my step-father started calling me a sissy, which was a nice way to call a toddler a fag. He had the doctor put braces on my legs and I was forced to wear combat boots to keep me from walking on my toes.

When I was 12, he would see news stories about the gay and lesbian protesters who were seeking equality in the early 80’s and would tell me that all the fags should be put on an island and shot. I heard that a few times. There were many suicide attempts because I was so terrified of what would happen if my parents found out that I was gay and because I was being beat up in school because the other kids thought I was gay.

When I was 15 I met my first boyfriend and my family had to leave where we were living and I gave him my PO Box address to keep in contact with me, but I didn’t know that my parents were reading the letters and throwing them in the trash. I was homeless when I was 15. They were forced to take me back in about 6 months later. 2 months after my 17th birthday I was homeless again after my mother confronted me about the letters that they had been reading every week for 2 years.

Since then I have had such a hard time telling people that I was gay, even co-workers because when I finally did tell them, they would turn on me. One minute we were the best of friends, the next minute they couldn’t even look me in the eye because they were so disgusted by me. Now I don’t wait for a long time before telling people I am gay because if I tell them right away, then I don’t have to waste any time and I don’t get my heart broken when they reject me. Maybe that’s why I don’t have very many friends, because I’m afraid of being rejected.

I have always said that I am not looking for acceptance, but we all know that’s a big fat lie, especially when it is a family member or a close friend. I don’t seek acceptance from strangers though, so that is why it is easier to come out to strangers. Anyway, that’s my coming out story.

Of all of my childhood memories, this has to be one of those things that has just made me laugh every time I think about it.  I may have been 13 years old during this time, but this is a mature subject so use your discretion.  Oh and this isn’t the actual “massager” but it is very similar.  Same color and same shape. 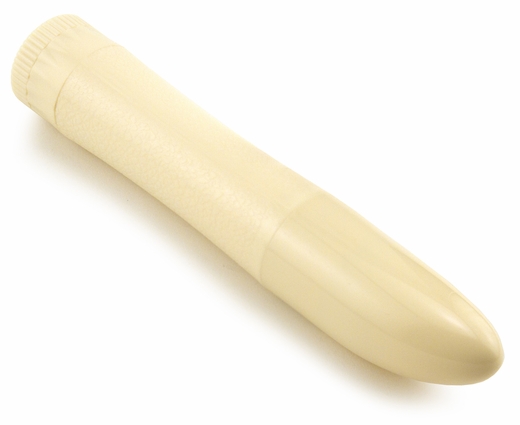 The apartment building that we lived in had four duplicate buildings. Ours was right on the corner so there were five in a row. My mom had a friend named Adele who was an older woman in her 80’s who lived with her husband and her niece and their sixty cats (I kid you not). I don’t know how my mom became friends with Adele considering they lived in the last apartment building so far away from us.

Adele was always calling to ask if I would come over and take her trash out for her. She would pay me $10 as a tip for helping her, so I really didn’t mind. Sometimes she had a lot of trash and then she would give me $20. It wouldn’t have been so bad, but it was mostly all cat litter and that stuff was heavy. I usually had to make two or three trips to get the rest. It made it particularly difficult because she lived on the third floor and I had to take the stairs because the elevator was too far away from her apartment.

I was over at her house one day and as she was gathering her garbage for me to take out. She grabbed something very strange, it was long and beige in color and had a curve at the tip. It had a little switch on the bottom that you turned and it would vibrate. She held this strange object up and showed it to me and told me how she uses it to vibrate the stiff muscles in her arms and she held it up to her face to massage her cheek. I was only thirteen, but I knew what a vibrator was, I wasn’t stupid. I don’t know how I knew what it was, but I did. As she was showing it to me she said “it’s in the darnedest shape though.” …yeah.

We lived in the first apartment building on the left (black dot) and Adele lived towards the end, but I can’t remember if she lived in the 4th or 5th.  I’m pretty sure it was the 4th though.

This story is not in the book, but I wanted to include it because this kitten was a part of our lives and touched our hearts.

Chip woke up and opened the front door to get his newspaper and he noticed that there was a box in the middle of the street that cars were having to swerve to avoid.  He didn’t want the box to cause an accident so he picked it up to break it down and throw in the trash.  When he looked inside the box, he saw the most terrible thing, someone had put a little kitten in the box and put it in the street.  The kitten looked like it was 4 weeks old, it was a tiny thing and it had no business being in a box in the middle of the street, but apparently it had no choice because someone had put it there on purpose.

Chip brought the box inside the house and woke me up.  We had our own cat at the time named Shanaynay who didn’t like other animals because she wanted all the attention to herself.  He told me what happened with the kitten in the box and said that he didn’t understand why anyone would do such a horrible twisted thing to an animal.

We went to the store and bought some baby kitten food and a new litter box and a food dish and took care of her.  We didn’t know what to name her so we just named her Baby since she was one.

She was a little neurotic even at that young age so I left her alone and let her decide when she wanted to be held.  Every night I put her in a bed which I made up for her by my closet door which was also near her food and litter box.  I had to sleep with my bedroom door closed so Shanaynay wouldn’t sneak in the room in the middle of the night and kill her.

We had her for a couple of weeks and one morning when I woke up she was sound asleep under my chin.  We had just moved in this house and I didn’t have my bed on my grandmothers bed frame yet so she was able to climb the side of the mattress with her sharp claws.  I was sleeping on my stomach and she had climbed up on my bed and snuck in there to keep herself warm.  That let me know she was comfortable with me.

She started growing up and was big enough that I felt that Shanaynay would get along with her if we put them together.  It took her awhile to be comfortable with Baby, but we stopped closing my door and gave her free reign of the house.  Shanaynay still growled at her, but she wasn’t smacking or clawing at her.  It was a fine line but I thought she was getting comfortable with Baby that they would eventually become best friends.

Chip played with her a lot.  He would run through the house and she would chase him all the time.  One day he was playing with her and she was running by herself in the kitchen and she ran into the back door head first.  Chip picked her up and noticed that her eyes were spinning.  I was in bed sleeping and he woke me up to come look at her.  I didn’t know what either of us could have done and I was still half asleep when he showed her to me so I went back to sleep.  In the morning he was crying and he had stayed up with her all night long.  We took her to the vet which is a 2 minute walk from our house and they told us that she had major neurological damage and that it would probably cost thousands of dollars in medical bills and there was no guarantee that they could save her.  Our only option was to have her put to sleep humanely.

They gave us a few minutes to think it over.  We both sat in the room bawling our eyes out because Chip had saved her six months prior from being murdered by a car in the street.  Somehow we were meant to save her, yet death was still going to take her from the world.  She got a six month extension, but it seemed as though her time on this plane was over.  We couldn’t afford to pay that kind of money to save a kittens life when we didn’t know if it would make a difference, so we let them take her from us.

That was one of the saddest days in our lives, but we knew that we did the right thing by her.  We gave her a reason to trust people who may have abused her in the beginning of her life and it gave her more time than she was originally supposed to get.  We will never forget Baby.

Here are some pictures of her: